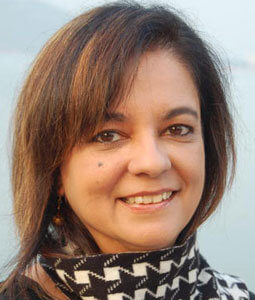 Anita Moorjani, an international speaker and the author of New York Times best seller ‘Dying To Be Me’ and her latest book, ‘What If This Is Heaven?’, is a woman with a remarkable story.

After a 4-year battle with cancer, Anita fell into a coma and was given days to live. As her doctors gathered to revive her, she journeyed into a near death experience (NDE) where she was surrounded by unconditional love and deep wisdom. In this place, she was given a powerful truth: Heaven is not a destination; it is a state of being.

During her NDE, Anita was also given the choice to return to her physical form or to continue into this new realm. She chose the former. And when she regained consciousness, her cancer began to heal. To the amazement of her doctors, she was free of countless tumors and cancer indicators within weeks.

Anita’s NDE has captured the hearts and attention of millions across the globe. She has been a featured guest on The Dr. Oz Show, Fox News, The Today Show, CNN’s Anderson Cooper 360, the National Geographic Channel, as well as The Pearl Report in Hong Kong, Headstart with Karen Davila in the Philippines, and many others.