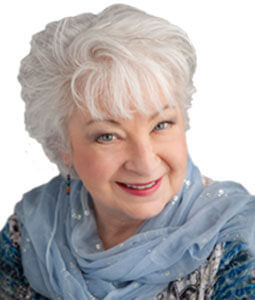 Prior to 1993 and before she became spiritual advisor, Marilyn Harper says she was a normal person, deacon in the Christian church, sold advertising for a Country western radio station and went dancing on weekends. One of 5 children to normal church going parents who ran a lumber company in a small Kansas town.

After her transformation in 1993 and her awakening in 1996, she truly set herself on a spiritual path. She knew she had new talents and skills that came in with the walk-in, but didn’t have a clue they included bringing in messages from people not in physical form any longer. (After all, prior to 1993, she tried to read the book by Shirley Maclaine Out on a Limb and threw it away for being sacrilegious)

However, she still knew that there was much more to her than previously believed. She had a weekly energy session to help release old programing and invoke the new skills, whatever that might be. She attended her first Walk-Ins International conference and met bj King who became her mentor. It was bj who first identified Marilyn as an activator, translator and oversoul-to-oversoul communicator.

Marilyn didn’t believe it at first, but after becoming a Reiki Master she realized that she was able to “see or sense” into the human body and bring messages in from other realms. She then “volunteered” raising her hand, stating: I will go anywhere, say anything, do anything, as long as You can prove to me that you are God or Source moving through me.” That was all it took for Source of all that is, God, to connect Marilyn with Adironnda and the (now) Council of Light.

Marilyn has her Bachelors of Science in Education and prior to the Walk-in had completed the classwork her Masters of Arts degree. (After the walk-in she was never able to write in English enough to finish her thesis.) She has written 6 successfully produced plays, three that raise money for Victims of Violent crimes. She is a Reiki Master, Karuna Master, Quantum Touch practitioner, certified intuitive consultant, certified remote viewer, certified Train the Trainer Peak Potentials trainer, has been listed twice in Who’s Who in America, and has developed her own method of healing she calls Holographic Healing.