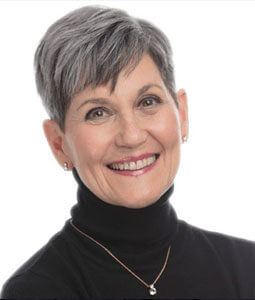 Lynne McTaggart is an award-winning journalist and the author of seven books, including her forthcoming book, The Power of Eight, and the worldwide bestsellers The Field, The Intention Experimentand The Bond, all considered seminal books of the New Science and now translated into 30 languages.
Lynne’s been referred over the years as as a ‘metaphysical rock star’, ‘the Madonna of the Quantum World,’ ‘the Malcolm Gladwell of the New Science’ and even ‘The Dalai Mama.’

She is consistently voted one of the world’s top 100 spiritual leaders for her ground-breaking work with consciousness and the power of intention, and she’s chiefly known for the quality of her writing and in-depth research.
Lynne is also a dynamic speaker, who regularly gets standing ovations from her worldwide audiences for her inspiring speaking style. She has spoken and held workshops before diverse audiences in most continents around the world from Kuwait to Kuala Lumpur, and everywhere in between.

She’s also architect of the Intention Experiment, a global ‘laboratory’ involving thousands of readers around the world testing the power of group thoughts to heal the world. Lynne, her book and the web-based experiment were prominently featured in Dan Brown’s book The Lost Symbol, and Brown even created a character partly based on her.

As co-founder and editor of the world’s No 1 health magazine, What Doctors Don’t Tell You, now published in 14 countries worldwide, Lynne is a tireless campaigner for consumer rights in health care.
Most recently, she has discovered the Power of Eight, phenomenon – the fact that intention magnifies and rebounds in a small group, which is presently being studied by a major university.
Visit wddty.com

Lynne has won a number of international press awards, including the NY Women’s Press Club Award of Merit (presented to one journalist per year for a story involving personal risk) and a London Times Business Press award (Columnist of the Year). She’s also been awarded Spiritual Writer of the Year and Science Book of the Year (for The Bond). In 2015, her company WDDTY Ltd was named Ethical Business of the Year.

A member of both the Transformational Leadership Council and the Evolutionary Leadership Council, Lynne has been a featured speaker in a host of movies, including What the Bleep: Down the Rabbit Hole, The Living Matrix, I Am and the Abundance Factor.