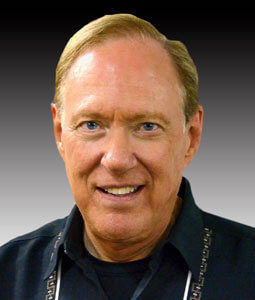 After graduating with a business and economics degree from California Western University in California, Lee Carroll started a technical audio business in San Diego that flourished for 30 years.

As an award winning audio engineer, where does channelling and Indigo children fit into all this? As Lee tells it, Spirit had to hit him “between the eyes” to prove his spiritual experience was real. The year 1989 was the turning point when finally came together, after some years earlier a psychic told him about his spiritual path and then three years later the second unrelated psychic told him the same thing! Both spoke of Kryon… a name that almost nobody had ever heard.

Lee and the Kryon team continue to visit other countries up to six times a year with very large audiences.

Lee and his spiritual partner, Jan Tober, started the “Kryon light groups” in Del Mar in 1991 and quickly moved from a living room setting to a Del Mar church. The Kryon organization now hosts meetings all over the globe with audiences of up to 3,000 people. In the beginnings of the Internet, Kryon had the largest consistent New Age folder in the history of America Online. Now, you are looking at the Kryon web site with a multitude of interesting pages and a registry of over 20,000 visits a day to the audio page alone. What is the audio page? It’s a FREE PAGE where you can listen or download over 100 hours of free MP3 audio of past and current channellings.

In 1995, Lee was asked to present Kryon at the United Nations (U.N.) in New York City before a U.N.- chartered group known as the Society for Enlightenment and Transformation (S.E.A.T.). The meeting was so well accepted that they were invited back six more times, in 1996, 1998 then in 2005, 2006, 2007, and 2009. These meetings are held upstairs in the working areas of the UN building, not far from the General Assembly. Only delegates to the UN and guests of the society may attend.

Lee is the author of fourteen Kryon books, and co-author of, The Indigo Children, An Indigo Celebration and The Indigo Children Ten Years Later. (17 books total). The Indigo Child books’ website is: www.indigochild.com. These Indigo books introduced the world to the term “Indigo Children” in 2000, spawning many follow-up books by various authors, a movie, a documentary, and lots of interest worldwide regarding our changing kids! The Indigo books have sold almost half a million copies world-wide in the twenty four languages listed above. Check out the three (3) KRYON companion books by author Monika Muranyi, HERE. It’s KRYON channelling, with explanations and Q&A with KRYON!

During a trip to McCaysville, Georgia, at Delphi Metaphysical University, Lee was surprised with an honorary doctorate degree of Science, Trans personal Psychology, & Metaphysics! The award indicated: “For his extraordinary contributions of love, wisdom, and spiritual understanding.”

It was discovered that the prestigious WATKINS “Mind, Body, Spirit” magazine from the UK has listed Lee Carroll as one of the “100 most spiritually influential living people” in 2015, and in 2016. You can see the others in that group HERE.

Lee continues to write and travel from his home in San Diego.